At this regional Science competition, which began in 2008 at WIT, BCS students have dominated the event since its inception with awards including:

On Friday 28th of October 2012, Blackwater Community School students Eoghan Flynn and Ruairi O’Neill made history by being the inaugural winners of the Scifest@Intel Grand Young Scientist Award to earn them a place at the world’s largest young scientist event: the International Science and Engineering Fair in the USA next May.

Ruairi and Eoghan took the the main award with their project – ‘Polyfuel – a novel solution to fuel shortages and disposal of ELPs. The boys designed a homemade, inexpensive and efficient apparatus which can convert end of life plastics (ELPs) into a usable fuel source, thereby solving problems associated with fuel shortages and the disposal of plastics. Using the apparatus they developed, Ruairi and Eoghan found that ELP fuel production can be done simply at home. Their vision is that this technology could be used in both the developed and developing worlds to help combat fuel shortages and reduce the amount of ELPs sent to landfill.

These BCS young scientists, along with the Sentinnus young innovator from Northern Ireland and the Intel award winner at the BT Young Scientist 2012 will form the Irish team that will exhibit at ISEF 2012 and compete for over $4m of prize money! Congratulations to Eoghan and Ruairi on their wonderful achievement. They have brought great honour to their school and families and will be wonderful Irish science ambassadors at ISEF 2012 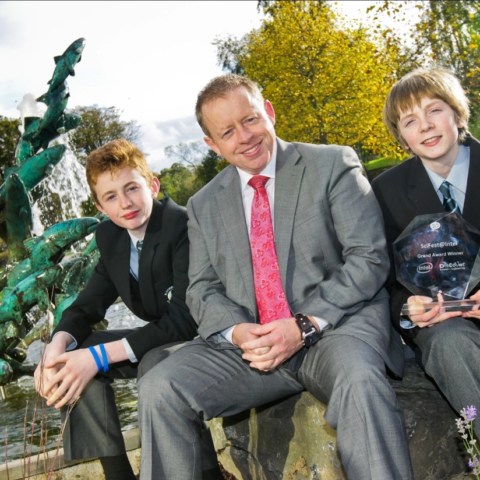